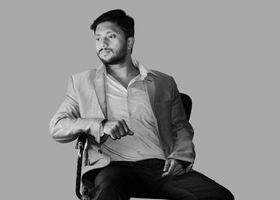 UNITED NEWS DESK :: Popular Bangladeshi singer Md Sagor said that social media has brought down barriers between musicians and music lovers by making it easy for the latter to keep tab on the activities of the former. Before the age of social media, it was difficult for music lovers to connect with their favourite artists.

Normally,singer Md Sagor is seen doing modeling in his own music videos along with some famous models. And in the case of a duet, the other singer accompanies Sagor in the song. But in the new music video of Sagor will appear in the same frame with different partners in the video.

Md Sagor started his musician career in 2019 by participating in the reality show Channel-i Serakantha. His first solo album I will Stay was released under the banner of Laser Vision in 2021. He has won the hearts of the younger generation singing romantic songs and released over 20 songs till date. The singer Md Sagor spent his days at home during the general holiday, which was announced to curb the spread of the coronavirus after the first COVID-19 case was discovered in Bangladesh.

I always compose and record songs to entertain music lovers . I never compromise with quality. I have been entertaining music lovers for 12 years. I urge all to listen to my songs and help me by giving feedback,’ said Sagor. He also spoke about his upcoming ventures. ‘I didn’t release many songs this year due to the COVID-19 crisis but I will try to make it up for my fans in 2021. I am currently working on a number of projects which will be released next year,’ he ended.