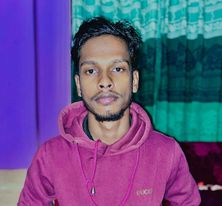 he limits of his popularity are skyrocketing. His voice touches the hearts of millions of listeners, this generation is drowning in his emotional voice. Musical Artist Masud Khan is one of the most popular musicians of all time. Masud Khan Born in Chandpur, Bangladesh, he is one of the most successful and prosperous of this period. The song of this musician started its journey in the streets. To Masud Ibn Khan. Guru James, Ayub Bachchu, Tapas, Masud Khan who grew up following the norm is the norm for millions of young people today. The interview of this one of the most popular Musical Artist, Entrepreneur, Musician and Influencer of the time is on the page of Unitednews24 today.

Say something about yourself ::

Masud Khan: I came up from Chandpur. Besides singing, I also like cycling and photography. I like reading Bengali novels and short stories. I don’t read a lot of English books, but I’m not a big fan of English books.

Masud Khan ::  The dream was to one day become a great musician like Guru James. I will travel all over the country and sing in my own voice. At the beginning of it all, or the dream of becoming a musician was unimaginable. At that time no one supported me to be a musician. I left Dhaka to pursue my dream or to become a successful musician. At that time I saw many ups and downs in my life. But even then I enjoyed it. After many attempts and expensive days I finally became a popular musician. The new city has given me the strength to survive in a place like Dhaka. My new song (I feel crappy inside,like something just broke.) I started the journey, then I had to struggle a lot. I have learned a lot in these six years, because I don’t get a chance to learn much in one place.

How difficult was it to adapt to Dhaka?

Masud Khan :: Dhaka is a wonderful place. I adapted so well, when I would leave Dhaka and go somewhere else, I would miss Dhaka city very much. I didn’t think there was much difference between Dhaka and my own city. People are all the same, the language is a little different. Do you believe in method singing? Or do you sing in the mood that comes when you read the lyrics? Masud Khan: When I listen to the music of the song or read the lyrics, the mood of that song automatically comes to me. I listen to the music of the song well about two or four times. Then I read the lyrics, then I sang the song.