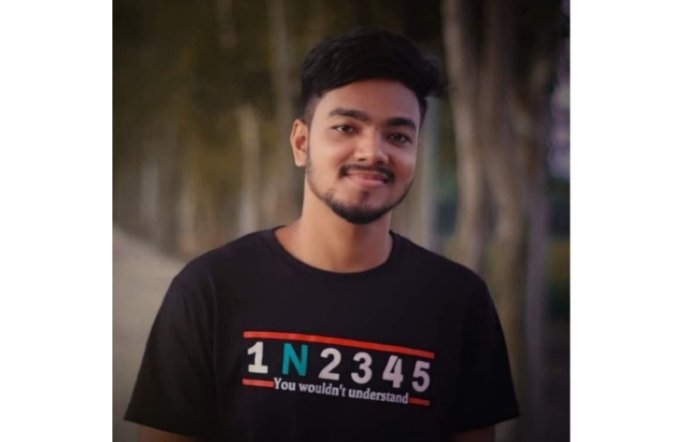 Staff Reporter:: Participation of the young generation in the music industry of Bangladesh has always been optimistic. Country’s music scene has always been filled with new artists. The repertoire of songs has been enriched. New artists always give the audience all the great songs. One such young musician is Sakibul Hasan Shafin. His solo album ‘NEXT TURN’ has just been released, which has already resonated with audiences at all levels.

Sakibul Hasan Shafin has been practicing music since childhood. Shafin spent his childhood at Palashbari in Gaibandha.

Sakibul Hasan Shafin listened to a lot of songs from a very young age. As soon as he heard the songs, he wanted to enter the world of music. He started singing from that desire. His journey in the world of music was started in 2018.

Shafin started his long preparation for his own solo music. The work of composing words, tunes, music continues. At the same time, Sakibul Hasan Shafin sharpened himself. Following this, his first solo song ‘LAST HOLIDAY’ was released on 12 May this year. Shafin got countless fans in a very short time. The EP titled ‘NEXT TURN’ is available on all music platforms including iTunes, GP Music, Robi Music etc.

After releasing several songs, Shafin thought of releasing an album. He also did it within a very short time. He became a successful one! For the convenience of the listeners, a single album ‘NEXT TURN’ was released with 3 original songs sung by him. The album was released on the online platform on 12 May this year. Since then, Shafin has not had to look back. Praise comes from different quarters. He got fame. Got inspired to create more new songs.