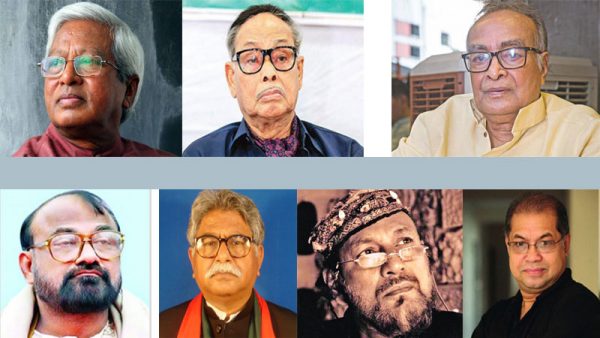 United News of Bangladesh :: The New Year, 2020, approaches fast. Now it is time to recall the celebrities and famous faces Bangladesh lost in political, film, education, literature and cultural fields.

Here are some eminent personalities who died in 2019:

Sir Fazle Hasan Abed, the founder of Brac, passed away at a hospital in Dhaka on December 20 at the age of 83.  Improving the living condition of the deprived people of this society was always his priority. He founded Brac University, Brac Bank, bKash and Aarong.

This year, Royal Knighthood was bestowed upon him by the Dutch King and he also won the prestigious Yidan Prize, the largest international prize in education, for his groundbreaking work on education development.

He was awarded the prestigious LEGO Prize last year for his extraordinary contributions towards improving children’s lives and their opportunities to play, learn and develop. He was laid to eternal rest at Banani Graveyard.

Former President and Jatiya Party Chairman HM Ershad died on July 14 while undergoing treatment at the Combined Military Hospital (CMH), Dhaka. He was 89.

He was given ‘Palli Bandhu’ (Friend of Villages) title by his followers for his role in developing rural areas during his rule.

Amid political turmoil after the assassination of Zia by an army cabal, Ershad took over the state power from then President Abdus Sattar on March 24, 1982, promulgating the martial law.

Ershad formed ‘Jatiya Party’ in 1986 and was elected President for a term of five years the same year through the third parliamentary election, triggering huge protests by other political parties.

Amid a fierce combined movement by the opposition parties, he was finally forced to step down on December 6, 1990.

Former mayor of undivided Dhaka City Corporation and BNP vice-chairman, Sadeque Hossain Khoka died on November 4 in the USA at the age of 67.

Born on May 12, 1952 in Munshiganj, Khoka was a guerilla freedom fighter during the Liberation War. He stepped into politics through joining Moulana Abdul Hamid Khan Bhasani’s National Awami Party (NAP).

Later, he joined BNP, and was made party’s Dhaka city unit president.

In the 2001 national election, Khoka was also elected MP from the same seat in 2001 and given the charge of the Minister of Fisheries and Livestock.

Later, he contested Dhaka City Corporation election in 2002 and was elected mayor. He held the post for nearly nine years.

Moinuddin Khan Badal, a freedom fighter and Member of Parliament, passed away while undergoing treatment at a hospital in India on November 7. He was 67.

Known as a good orator, Badal was involved with Chhatra League during his student life and actively took part in the Liberation War.

He was one of those who tried to prevent offloading of firearms at Chattogram port during the war.

An Ekushey Padak winning artist, Kalidas Karmakar, also a painter and printmaker of international repute, passed away on October 18. He was 73.

Kalidas was also an adviser to Gallery Cosmos.

Born on January 10, 1946 in Faridpur, Kalidas completed his graduation from the Government College of Fine Arts and Crafts in Kolkata in 1969.

He completed his pre-degree study in Fine Arts at the Institute of Fine Arts, Dhaka University in 1964.

Kalidas Karmakar was awarded the Shilpakala Padak in 2016 and the Ekushey Padak in 2018 for his contributions to fine arts.

Eminent playwright and theatre personality Prof Momtazuddin Ahmed died at a hospital in the city on June 2 at the age of 84.

Born in 1935 in Chapainawabganj, Prof Momtazuddin was directly involved in the Language Movement during his college days at Rajshahi Government College.

Prof Momtazuddin authored a number of dramas. Among them, ‘Ki Chaho Shankhachil’ and ‘Rajar Anusharer Pala’ have been included in the curricula of Rabindra Bharati University of Kolkata.

He won Ekushey Padak (1997), Bangla Academy Award, Shishu Academy Award and many more in recognition of his contributions to theatre and literature.

Renowned singer Subir Nandi died at a hospital in Singapore on May 7 He was 66.

Born in 1953 in Sylhet, Subir spent his childhood in both Dhaka and Kolkata. Subir and his nine siblings learnt music from Ustad Babar Ali Khan. He recorded his first song in 1972. 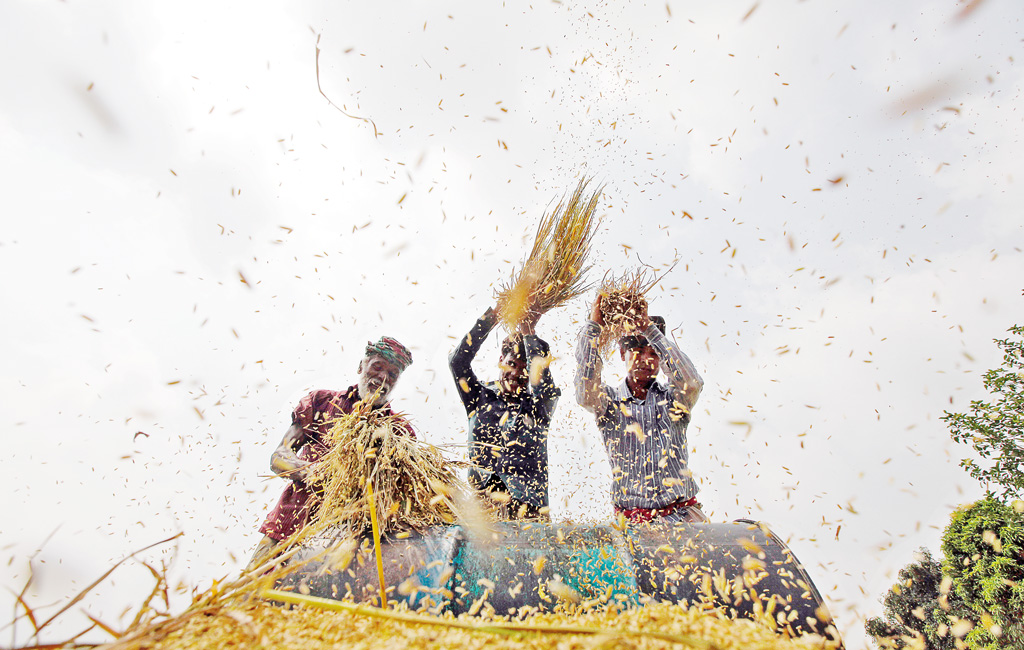 United News of Bangladesh :: The government will use a mobile application – ...