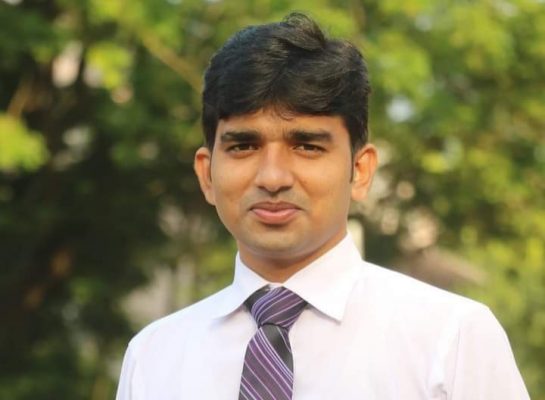 DIU representative :: Manik Raihan Bappi, a representative of Rajshahi University’s Jugantar and former president of the RU Press Club, has been arrested and sent to jail by a court in a Digital Security Act (ICT) case. Journalists working for the Dhaka International University Journalists’ Association (DIUJA) have strongly condemned and protested the incident and demanded his unconditional release.

President Zafar Ahmed Khan Shimul (acting) and general secretary Wahid Tawsif (Musa) made the demand in a joint statement on behalf of the journalists’ association in an emergency press statement signed by Faizulhaq Noman, office and publications secretary of DIUJA on Sunday morning.

They said in the statement “We are shocked that young talented journalist Manik Raihan Bappi has been arrested and sent to jail for publishing news, This is the first time in the half-century history of campus journalism that a journalist has been imprisoned for performing his or her professional duties. Through which a black chapter in the history of campus journalism has been written. We strongly condemn and protest his arrest.

Journalist leaders said, “We fear that if journalists are attacked in such a way while performing their professional duties in a place like a university, the path of journalism on campuses will be further narrowed.”

Salman Shakil, the current president of the RU Press Club, and Saeed Sajal, publicity and publications secretary, said he had been arrested under Section 57 of Case No. 35 of October 2015 for reporting on the Daily Jugantar on various issues related to seat trade at Suhrawardy Hall. Although section 57 has been amended in 2018.

Journalist Manik Raihan Bappi was arrested from his home in Shibganj in Chapainawabganj on the evening of November 13. He was later sent to jail by the court on November 14.