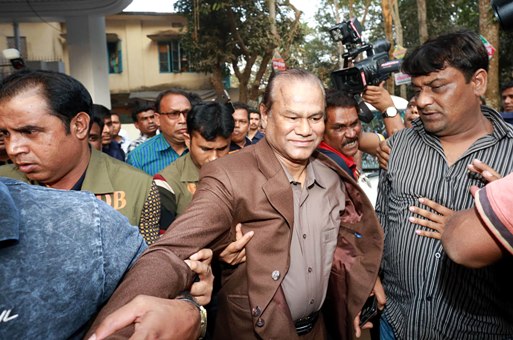 A team of Detective Branch (DB) of Gaibandha with the help of Bogra police arrested the former MP around 5pm on suspicion that he might have been involved in the killing of Gaibandha-1 (Sundarganj) MP Liton, additional police super (Sadar Circle) Sanatan Chakrabarti told UNB.

He was being taken to Gaibandha, he said.

The arrest was made five days after police cordoned off his house.

Members of law enforcement agencies, including plainclothes Special Branch (SB) men, took position in front of his house-cum-clinic on Thursday.