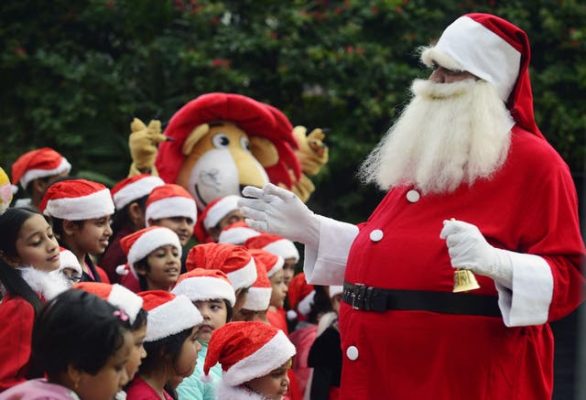 Christmas, the biggest religious festival of the Christian community, was celebrated yesterday in Bangladesh as elsewhere in the world with festivity and much enthusiasm commemorating the birthday of Jesus Christ. On this day, Virgin Mary gave birth to Jesus Christ, and it has been marked as a public holiday in Bangladesh and most other countries across the world.

On the occasion, President M Abdul Hamid and Prime Minister Sheikh Hasina issued separate messages greeting the members of the Christian community. The head of the state, in his message, called upon all to work unitedly to build a happy, prosperous and non-communal Bangladesh, envisioned by Father of the Nation Bangabandhu Sheikh Mujibur Rahman.

Prime Minister Sheikh Hasina, in her message, called upon the people irrespective of religion, caste and creed to unite for building a happy-prosperous ‘Sonar Bangla (Golden Bangladesh)’, being imbued with spirit of the Great Liberation War. They called upon the members of the Christians community to celebrate the holy day maintaining proper health guidelines.

The Christians in Bangladesh celebrated the Xmas festival with a huge enthusiasm and religious fervor by holding special prayers, illuminating churches and installing makeshift X-mas trees at homes and places of worship and missions.

Ringing of church bells in the midnight marked the advent of the day when the followers of the faith welcomed it with carols assembling in churches and other such venues.

Churches and adjoining areas were decked out with colorful tiny blinking lights, while illuminated Christmas trees placed with a star standing right on top as elder people of the community attired in the outfit of Santa Claus made fun with children and distributed gifts as part of a universal Christian practice.

The security was beefed up at different strategic points in the capital and many other places of the country to ensure peaceful celebration of the festival.

Special prayers were offered at the churches including St. Mary’s Cathedral at Kakrail, Holy Rosary Church at Tejgaon and St. Christina’s Catholic Church at Asad Ave in the city seeking divine blessings for the welfare, peace and prosperity of the country, its people and humanity as a whole.

Archbishop Bejoy Nicephorus D’Cruze attended the special prayers in the early morning at Holy Rosary Church, once popularly called the Japmala Queen Church, at Tejgaon in the city.