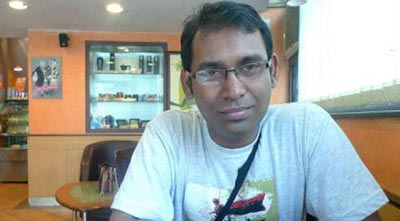 The convict Rezwanul Azad Rana was nabbed from Uttara area in Dhaka in the afternoon.

Rajib Haidar, a blogger, an engineer and an activist of Shahbagh movement, was hacked to death near his house at Mirpur in the capital on February 15, 2013.